Foundation issues start as tiny cracks but can grow into catastrophes that make your house uninhabitable. In fact, the phrase “foundation problems” is the kind of thing that sends potential buyers running for the hills and makes homeowners panic that their investment is ruined.

There’s a good reason for that. The foundation is the base from which everything in your house is built. If there’s a problem with the foundation, it’s only a matter of time before that echoes out across the entire home in different and often unpredictable ways. What starts as cracked walls can eventually lead to sunken porches, tiled floors, and problems so severe that it might seem like no one would want to take a chance on the property.

But even if you hear the words “foundation problems,” you’re not out of options. In fact, there are quite a few things you can do or consider, including selling the house as-is to a real estate investor like Element Homebuyers. Here’s the complete guide to selling a house with foundation issues.

How Can I Sell A House With Foundation Issues In Nebraska? 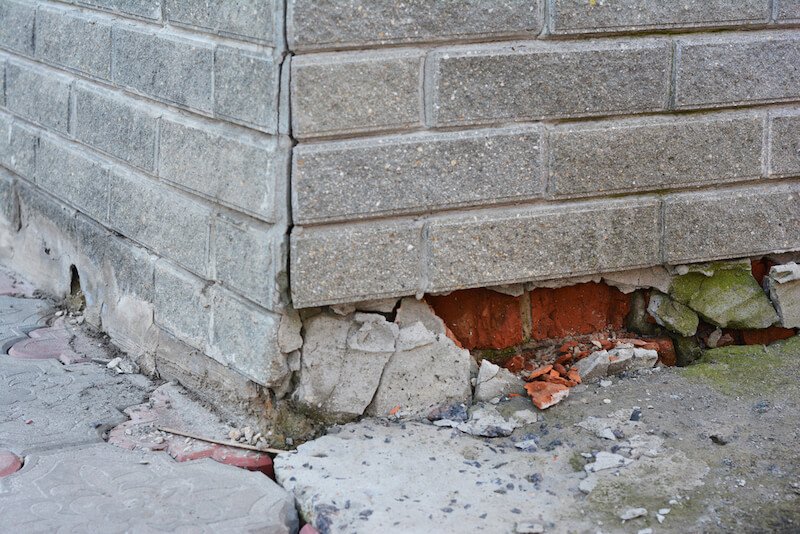 Figure Out Your Foundation Problems

Usually, there are four ways you’re going to know you might have foundation issues. First, if there are cracks in the walls, especially those over doorways, windows, and close to ceilings. Second, if a door is suddenly unable to close properly or starts to jam. Third, if you see cracks in vinyl or ceramic tile that is on top of a concrete floor. Fourth, if windows suddenly start sticking or no longer close properly.

One of the first things you should do is head outside and look up and down the length of your foundation at each corner of the house. Check for any leaning walls, bulges, or curves with a level. The issue may be the soil under the house shifting or it may be the foundation itself.

If you do see cracks in the floor or wall, the shape of the crack can give you an idea of what you’re dealing with. Hairline cracks likely aren’t a major problem (unless they get bigger). Cracks at an L-shaped section could be shrinkage cracks, which aren’t usually structural problems but should be plugged. Stair-step cracks in masonry joints are likely a big issue, especially if the crack is wider than a quarter-inch. Finally, if you see horizontal cracks, those are the most serious and concerning. Chances are if you see those kinds of cracks, you’re already too late to fix it and will instead need an entirely new foundation.

Get a Professional Opinion

Unless you yourself are a structural engineer or expert, you’re going to want someone to provide a professional opinion on what you’re dealing with. They’ll be able to provide you with answers and explanations as well as point out any problem areas you might not have been aware of. It’s likely going to cost anywhere from $300 to $800 for their service, which doesn’t include their cost for providing a full set of drawings for potential solutions. 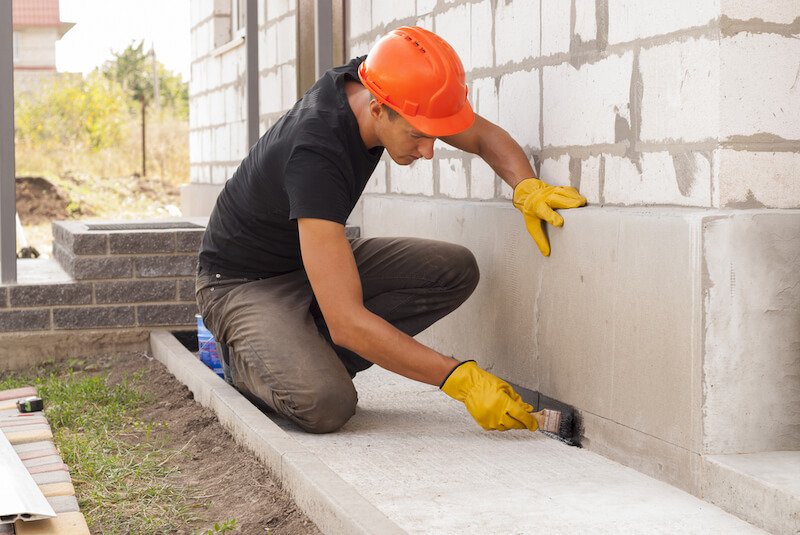 Fix the Foundation (If You Can)

Whether you’re looking to sell your house or stay there, you’re going to want to fix any foundation issues ASAP if possible. However, as you probably imagined, fixing a foundation is not cheap.

Exact costs will depend on the specific problems and issues as well as the rates of the contractor you hire. But there are some estimates you can count on depending on the problem.

If the problem requires anchor bolts or new support piers under the foundation, that is likely to end up costing between $5,000 and $10,000 altogether. If the damage is extensive, it’s not unlikely to prices to rise into the $20,000-$30,000 range. And if you need to replace the entire foundation, costs can run upwards of $40,000 depending on the size and scope.

If you are adamant about selling your house on the open market, making the repairs are pretty necessary. It’s unlikely that many market buyers will want to invest in a house they know has critical foundation issues. They certainly don’t want to have to pay to fix it and any concessions in the sale still might not be enough to overcome their concerns.

It’s also worth noting that some banks and traditional lenders won’t lend on homes with substantial foundation problems. Potential buyers will be denied financing or be looking at higher interest rates if they wanted to buy your house, which would it unlikely they’ll want to go through with it. It also makes selling your house on the open market extremely hard to do, especially if you’re trying to hit a certain price point.

If selling the house with foundation issues is still a priority, you should consider selling the house as-is to a cash buyer or real estate investor. Rather than sink a significant amount of money into repairs and hope that you see a return on that, you can sell directly to a real estate investor who will take the house off your hands in its current condition and make you a cash offer so you know exactly what you’re getting. You end up avoiding all of the headaches and hassles that come with trying to sell a house with extensive foundation problems and instead get to move forward with cash in your pocket so you can buy a new house.

If you have a house with foundation issues and want to find out how much you can get for it as-is, contact Element Homebuyers today.