Maybe when you think of Omaha, Nebraska you think of watching the Little League World Series, frolicking in one of the many parks, or going tubing and tanking in the rivers. But those are all activities for the summertime when the weather is warm and the skies and clear. The winter brings with it a very different atmosphere. However, that doesn’t mean there is suddenly nothing to do in The Big O. So many of the best destinations in town are just as exciting when it’s snowing as when it’s sunny.

Check out this list of exciting options for when the weather turns colder but you don’t want to spend another weekend at your house. Plus, plenty of these spots are ideal for kids and families as well. Here are the top things to do in Omaha, NE this winter in 2019.

Things to Do in Omaha NE This Winter

Get to the Gardens 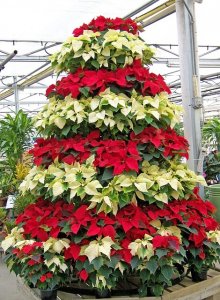 You might not think that a place with “gardens” in the name makes sense in winter but the conservatory at Lauritzen Gardens actually includes two unique climate areas that you can experience. Also, they decorate the grounds for the holidays each year and feature a giant poinsettia tree. The model trains there is always a hit with kids and you can find that indoors as well.

See the Lions in Winter

Henry Doorly Zoo & Aquarium is another attraction that makes sense in the summer but also has a lot to offer during wintertime. There are five indoor attractions to peruse and you’ll see a substantial number of animals even if it’s too cold to be outside. The Desert Dome and Lied Rainforest are particularly exciting stops any time of the year. And of course, the aquarium is an ideal indoor spot when it’s chilly outside. Keep an eye on special events they have planned in the winter, including Ghouls & Glow in October and holiday celebrations.

Don’t escape from Omaha during the winter, but instead consider going to an Escape Room. This trendy activity option has really taken off here and there are multiple escape rooms you can visit in order to test your problem-solving skills in a fun environment with friends or family. Some of the places you can go include Get Out Omaha, House of Conundrum, The Escape Omaha, and Locked Room Omaha. Keep an eye out at your local Omaha Public Library branch as well as sometimes they’ll offer kid-friendly escape rooms as well.

Durham Museum is always an ideal place for the family to spend the day and get a chance to look back on all the history and culture that came before us. There are various exhibits planned for the winter, including ones about Omaha’s Fire Department and how the city came to be despite six large hills that stood right in the middle of the land. Plus, there are plenty of permanent exhibits about the history of Omaha, the history of Nebraska, the history of America, and the history of the world!

Omaha Children’s Museum always has something fun and exciting going on for kids and the winter is an ideal time to go if everyone is getting stir crazy staying inside. You can explore science, arts, playgrounds, railyards, and so much more with your little ones as they not only have fun but also learn along the way.  This winter, they’ll want to check out the Diggin’ Dinos exhibit, which transports children in an imaginary world where dinosaurs and humans work together to build a “dinosaur research facility.”

The Play’s the Thing

Omaha Community Playhouse is the largest community theatre in the United States and that means there is always something fun happening on one of their two stages. This winter they’ll be putting on productions of the cult classic The Rocky Horror Show (including midnight shows), Charles Dickens’ classic A Christmas Carol!, The Beatles-centric Yesterday and Today, and the Tony Award-winning play A Raisin in the Sun.

Who says you have to go indoors just because it’s winter. Head to Mahoney State Park and go straight to the top of old toboggan hill with your sled for hours of fun (assuming you can keep going back up). But that’s just one of many fun things you can do there, including cross country skiing, ice skating, and ice fishing. Plus, there are tons of family events and activities such as group hikes, disc golf tournaments, and birdwatching tours.

Root on the Bluejays

The Creighton men’s basketball team has made plenty of noise in recent years, becoming a mainstay in the NCAA Tournament for the last 20 years. Now that they are members of the Big East Conference, that means some of the nation’s top college basketball programs will be coming to Omaha this winter, including Villanova, Marquette, Butler, St. John’s, and Georgetown. Stop by CHI Health Center Omaha to get your tickets and make sure you wear plenty of blue and white. And there are also women’s basketball games going on that you’ll want to check out as well. 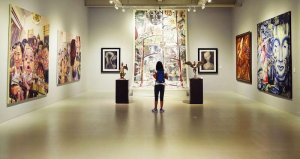 Joslyn Art Museum emphasizes 19th- and 20th-century European and American art and Art of the American West, so there is so much going on for people of all different artistic tastes. Not only are there stunning art galleries but there’s also an outdoor garden and kid-friendly Discovery Garden, not to mention many other kid-friendly exhibits as well as lectures, events, guided tours, and more.

Film Streams is a nonprofit that oversees the Ruth Sokolof Theater, a two-screen venue in North Downtown Omaha, and the historic Dundee Theater, Omaha’s longest surviving neighborhood cinema. Both theaters feature just about every kind of film you might be interested in, from American indies to foreign films to documentaries. They also offer plenty of cool events, themed series, and director retrospectives, so any film buff (or aspiring film buff) will absolutely want to know what’s going on at both.

There are so many great things to do this winter in Omaha, Nebraska to keep your family busy and out of the house. Cabin Fever is definitely not fun in the winter neither is delayed home issues. It is never fun dealing with an HVAC unit that needs to be replaced or a leaky roof during the cold winter months.  Home repair expenses seem to always come at the worst time. One way to avoid all those looming issues is to sell your house as-is to a local real estate investor like Element HomeBuyers. They can get you on your way to enjoying all that Omaha, NE has to offer this winter!

We buy houses in ANY CONDITION. There are no commissions or fees and no obligation whatsoever. Start below by giving us a bit of information about your property or call (402) 810-7070